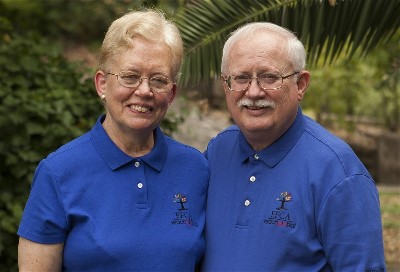 Jack and Beth Thompson have served with ReachGlobal in Eastern and Central Europe since 1995. They served in Romania from 1995-1998. While in Romania they were involved with the formation of Bucharest Christian Academy, a grades 1-12 school for missionary children. During this time they also became part of SHARE Education Services, a cooperative ministry formed to help missionary families with the educational needs of their children in the former Communist countries of Eastern Europe.

In 2000 the Thompsons moved to Budapest, Hungary, to work in SHARE's international office. Jack and Beth both served as educational consultants to missionary families. In addition to working with families, Jack also became the Business Manager for SHARE and Beth managed the resource library.

Beth also serves as the mission team leader for ReachGlobal personnel assigned to ICSB and as an educational consultant to ReachGlobal families in Europe. Jack and Beth were both born and raised in St. Paul, Minnesota. Their home church is First Evangelical Free Church of Maplewood, Minnesota.