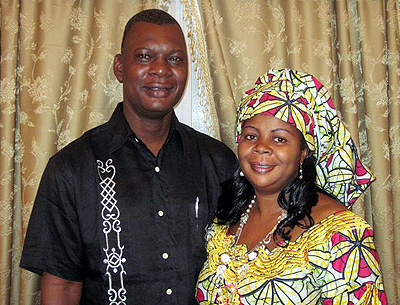 ReachAfrica in Democratic Republic of the Congo

For over 85 years the Evangelical Free Church of America has faithfully been sending missionaries from America to Africa. God is now doing an exciting new work in giving the African Church a heart for missionary work in Africa.

In April of 2007 EFCA ReachGlobal missionaries serving in Africa gathered in Nairobi, Kenya for their biennial conference. For the very first time, African National Partner leaders from the Democratic Republic of Congo, Sudan, Rwanda, Tanzania and Liberia were invited as participants. Key discussions that week included issues related to multiplying healthy churches among all people.

During those days together the Lord began to lay on the hearts of the African Church leaders their responsibility to reach Africa's unreached people! They heard and courageously accepted the call of God to raise up a generation of African Church planting missionaries.

In August 2007 and 2008 EFCA ReachGlobal leaders met with these African Free Church leaders to map out a plan and formulate a missions strategy for this new alliance of African Evangelical Free Churches called ReachAfrica.

The initial focus was to mobilize prayer and missionary vision in each of their own countries as well as seek to send church planting missionaries to Togo, Niger and Sudan.

After serving for eight years as President of the Congo Free Church, Pastor Selenga was their unanimous choice to lead this new movement. In addition, the leadership of EFCA ReachGlobal invited Pastor Selenga to join the ReachGlobal Africa LeadTeam. This means that he will become the first indigenous African missionary serving with the EFCA. Pastor Selenga has a clear passion for ReachAfrica.

"My vision for ReachAfrica is to see all peoples of Africa transformed by the Gospel of Jesus Christ. ReachAfrica's Mission is to glorify God by multiplying healthy, contextualized churches through holistic ministry among all unreached peoples of Africa."

First Free has the great privilege of contributing to the Selengas' support beginning in May 2011.